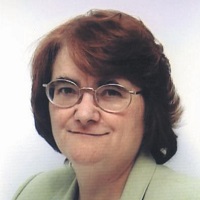 Professor Sara Chandler KC (Hon) is a solicitor in London South Bank University’s Legal Advice Clinic, and was a Council Member of the Law Society of England & Wales (LSEW), representing solicitors in the voluntary sector from 2002 to 2021. She is also active in local law societies and is Past President of Westminster & Holborn Law Society and Past President of South London Law Society. She was Chair of the Law Society’s Human Rights Committee from 2011 to 2015 and continues as an active member with particular responsibility for Colombia.

In 2016 Sara was made Honorary QC for her work in human rights, pro bono and clinical legal education. During 2003 to 2012 Sara worked pro bono in training programmes of the Law Society of England & Wales with the legal professions of Nigeria, Uganda, Zambia and the Eastern Caribbean on access to justice, promoting legal aid schemes and free legal services.

From 1982 to 92 she worked in North Lewisham Law Centre as a welfare rights worker and in 1995 she qualified as a solicitor, working in a legal aid firm assisting homeless people as a solicitor specialising in Housing Law.

In 2017 she became the first female President of the European Bars Federation (FBE),  and campaigns for Women in Leadership in the Law. Since 2018 she has been the Chair Law Society’s Equality Diversity and Inclusion Committee and is working to achieve a more diverse and inclusive legal profession.