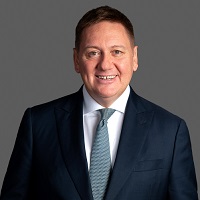 Justin is the CEO of Herbert Smith Freehills, overseeing its client, people, practices and growth strategies.

He works closely with the firm’s largest clients, both in his personal practice role and as a regional and global business leader, and leads the firm’s 5,000-plus team of talented people.

During his 23-year career with Herbert Smith Freehills, Justin has overseen the growth of many successful businesses, including the firm’s market-leading Disputes practice and rapid expansion in Asia.

A thought leader and skilled practitioner in arbitration and dispute resolution, Justin has appeared before tribunals around the world and regularly sits as arbitrator.

The founder of the firm’s first LGBT+ network in 2007, Justin is a strong advocate and active supporter of diversity and inclusion in the firm and the wider community.

He currently chairs the firm’s Global Executive and is Executive Sponsor of IRIS, the firm’s global LGBT+ network.